Once you use our domain name lookup and find a suitable web address, you can manage your site through a simple interface. Managed your domain and all of its aspects from an easy-to-use control panel. Change DNS records easily across multiple domains.

Protect your domain from expiring and accidentally being lost by enabling auto-renewal. Switch back to manual renewal at anytime. Using this service ensures that your website domain names are always protected.

Once you find your perfect domain, lock it down to prevent unauthorized transfers. Unlock it for transfers at anytime. Our domain name service will save your preferred name and keep it secure for when you are ready. 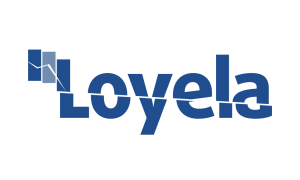 Loyela (Pty) Ltd specialises in website design, web and mobile app development. We team up with startups, small and medium-sized companies, and enterprises around the globe to build meaningful and effective technology solutions that improve the way they do business.

CONTACT US
We use cookies to ensure that we give you the best experience on our website. If you continue to use this site we will assume that you are happy with it.Ok